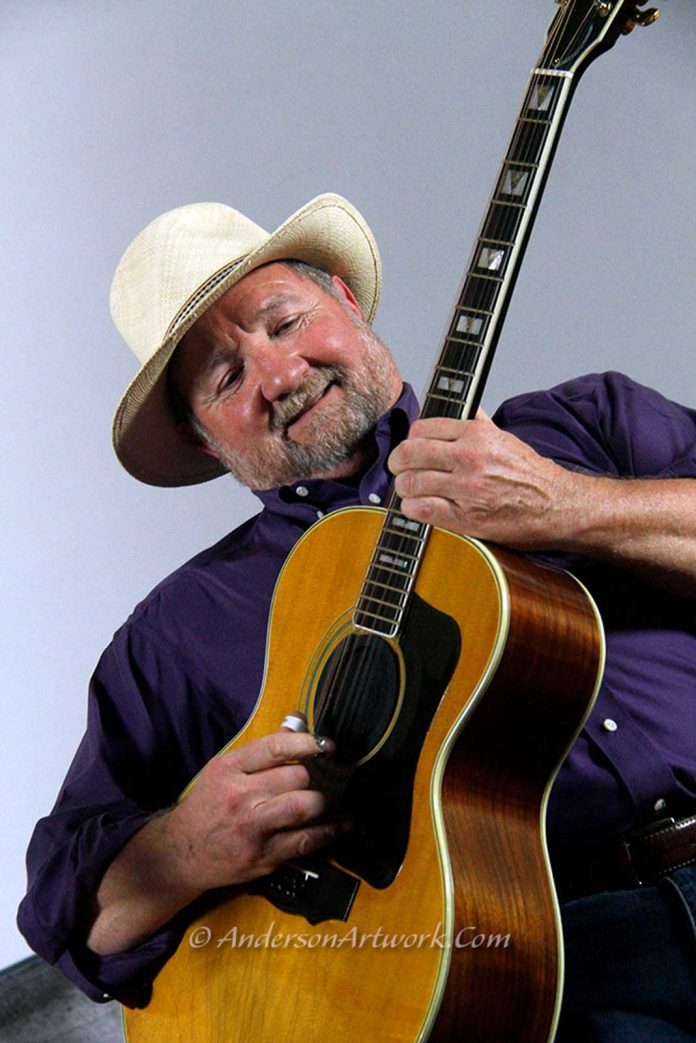 With the release of his latest chart-topping and critically acclaimed album, “Crossing Willow Creek,” Bill Abernathy has vaulted onto the national and international music radar. His first single from the album, “Cry Wolf” reached New Music Weekly country chart Top 5 status, while charting on the iTunes US rock singles Top 100. The album has also hovered in the Top 10 country albums chart on Roots Music Report since its release. This cross-genre appeal of Bill’s music has earned him the respect from many of his peers and acclaim from the harshest critics. Follow up single, “Changes” solidified Abernathy’s stronghold on the americana charts, propelling the artist to the top of the airplay charts on both sides of the Atlantic. With a combined total of well over 100,000 spotify streams and 15,000 youtube views of the first two singles, Abernathy’s music has clearly been endorsed by the digital generation.

“Be comfortable with your past, learn from it, laugh about it, embrace the memories but always remember….You Can’t Go Back… ” — Bill Abernathy

Now, Bill Abernathy returns with his latest single and lyric video for “Can’t Go Back,” the third release from “Crossing Willow Creek.” The single hits radio stations this week. Watch on YouTube – https://www.youtube.com/watch?v=hXLXSgVFqXo&t=8s

“What we once could do, we still could do, but just because you can, does not mean you should,” says Abernathy. “Be comfortable with your past, learn from it, laugh about it, embrace the memories but always remember….You Can’t Go Back…”

“Abernathy’s direct and honest songwriting is beyond reproach. He unfolds his subjects with the grace of an angel, and sings them like a man on fire.” – Jamsphere Magazine

Everyone loves a good story about second-chances, and that’s exactly what Bill Abernathy’s story is all about. The Kansas City, Missouri resident began writing songs in his early teens. He played all through his school years, but then he stopped…Life took over. Bill went about getting married, building a business career, and raising his children. After his kids graduated from school and started their careers, Bill picked up the guitar again and began trying to rekindle his love of music. In 2017, Bill’s album “Find A Way” reached #5 on the Roots Music Report Traditional Folk Albums chart, spending more than a year on the chart. His single, “Goodbye Will Never Come Again” reached #1 on the Traditional Folk Songs chart. His current album, “Crossing Willow Creek” features the Top 100 iTunes chart and Top 5 New Music Weekly chart single, “Cry Wolf.” Bill is a Billboard Magazine Emerging Artist.

7 Questions to Ask Before Hiring Your Wedding Photographer – Human Interest

Forget That Facelift – “Wrap” Your Face into Shape – Health

6 Tips for Planning Your Wedding Photos Like a Pro – Seasonal

Our baby onesie is created with a softness that is perfect for an infant.

Our baby onesie is created with a softness that is perfect for an infant.

Your source for entertainment news, celebrities, celeb news, and celebrity gossip. Check out the website for the hottest fashion, photos, movies and TV shows!